How much money do you need to retire? 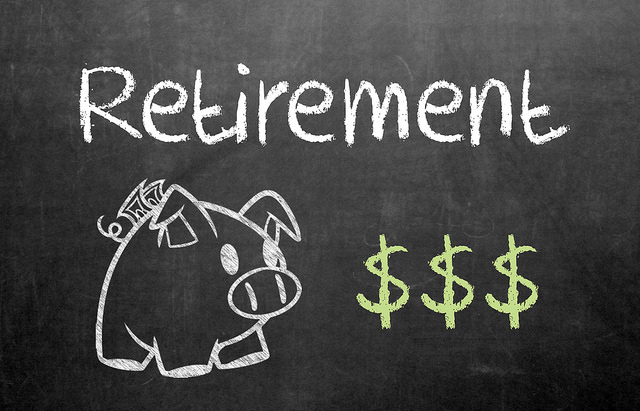 This image, “Retirement on Chalkboard” is copyright (c) 2009 GotCredit, and made available under a Attribution 2.0 Generic License

Gone are the days when people work until they turn 65, collect a pension, and retire. Employees used to be able to rely on their employer to take care of them so long as they spent a significant part of their working lives with that employer. Well, that rarely exists these days. Individuals can only rely on themselves to save and invest for their retirement. Thus, the question is no longer:

"How long do I need to work to collect a pension?"

"How much do I need to save before I can retire?"

The former is dependent on a time investment, whereas the latter is dependent on a dollar amount. That is why FIRE (Financial Independence Retire Early) is so popular nowadays. You can save "enough" at any point in your life! That could be at age 65, 55, or 45. It is up to you.

How much will you spend in retirement?

I ask this question first because your expenditures in retirement greatly dictate how much money you will need in retirement. If you live frugally and only need $40k a year, then saving something like $3 million is clearly more than enough. Without any growth, that alone would take 75 years to draw down (not adjusting for inflation). However, considering my main audience comprises of professionals, namely physicians, making probably at least $150k/year, I assume there will be some lifestyle inflation when compared to being a Resident. A more reasonable expenditure could be $100k a year.

There is no way to know what your expenditures will be like in retirement until you actually do it. You can estimate it based on what your expenditures have been historically, subtracting any costs that will not be present in retirement (e.g. disability insurance, mortgage payment, children's expenses). If you are near the net worth at which you think you could be financially independent, you could even have a trial retirement. The worst that could happen is that you go back to work for a little bit longer.

How much is enough for you to retire?

A 4% annual withdrawal rate was first suggested with an analytical approach by William Bengen, a retired financial advisor. This was later popularized in a more in-depth analysis published in what is called the Trinity study. The authors introduced the topic with this very appropriate insight:

This article proceeded to look at different stock-bond allocations with a withdrawal rate ranging from 3-12% of the initial portfolio value. It analyzed the probability that such a withdrawal rate will remain viable after a time period of up to 30 years. What they found was that any allocation of stocks or bonds at up to 4% withdrawal rate had a 100% likelihood of lasting 30 years.

Criticisms of the 4% Rule

In reality, you have flexibility when it comes to your finances. The 4% rule is a good place to start; however, nobody is saying you have to withdraw 4% every year. You can alter your spending habits based on how the markets are performing that year. If the markets are performing poorly, perhaps you withdraw 3% instead. You can even withdraw more from your bond allocation in that year, to allow the stock allocation time to recover (which is effectively rebalancing as you go). Note that if you choose a 4% withdrawal rate, then you will need to save 25x your expenses in order to retire. If we are assuming a $100k spend rate, then you need $2.5 million.

Personally, I would choose a more conservative withdrawal rate, such as 3-3.5% especially considering my goal is to achieve financial independence early. That means saving 28-33x of my projected expenses. Frankly, I need that money to last at least 50 years.

If you want to run some calculations for fun, I like the Monte Carlo Simulator at Portfolio Visualizer, which appropriately increases your withdrawal amount with inflation.

Last modified on Sunday, 06 August 2017 16:39
Published in Investing
Tagged under

More in this category: « Achieving Financial Independence By Forty
back to top